Livestock transporters have responded to calls for laws to be amended to provide greater flexibility for truckies moving cattle from drought affected areas. 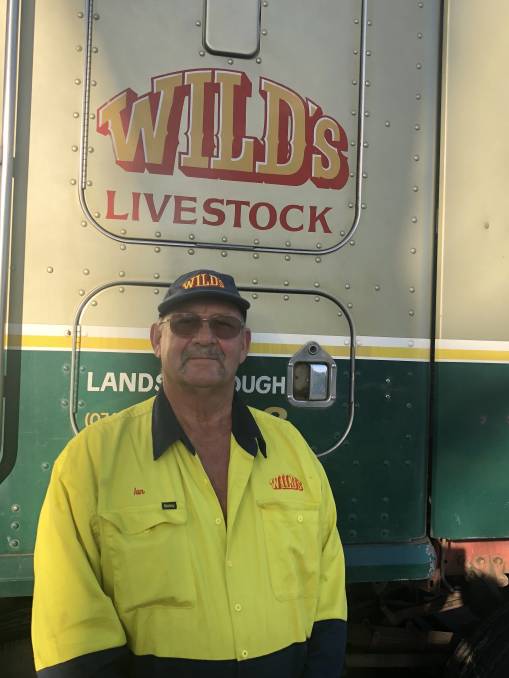 LIVESTOCK transporters say laws regarding fatigue management are adequate to protect both them and the cattle they are carting from drought-stricken areas.

It comes after Katter’s Australian Party state leader and Traeger MP Robbie Katter said greater flexibility was needed for drivers who were concerned for animal welfare.

Mr Katter said the push was to ensure animal welfare standards were being met during harsh drought conditions.

“I will be requesting that the ministers consider allowing truck drivers who can prove they are transporting stock from a drought-declared area to access a two hour “grace period” on top of the current hourly limitations set by the National Heavy Vehicle Regulator,” he said.

But Livestock and Rural Transporters Association of Queensland president Ian Wild said while he welcomed any measures to improve the industry, he believed fatigue management was fairly well managed.

Mr Wild said drivers with basic accreditation could drive for 14 hours a day, in two intervals of six hours with a 15 minute break.

This is up from the standard 12 hour days, with five hours and 15 minutes driving before a mandatory 15 minute break.

“But with all the levels, you still can’t exceed the maximum numbers of hours working during the week, so if you do a longer driving time you eventually have to pay that back having more rest hours,” Mr Wild said.

“There are already measures there and those that are coming into it now probably missed the boat.

“Most of the drought stock has been moved by now, it has been going so long.”

But Mr Katter said he’d been contacted by a number of people from the cattle industry about this issue, and that some common sense needed to be injected.

“We have drivers being hit with huge fines worth thousands of dollars for breaches of driver fatigue management laws when all they are trying to do is look after stressed animals,” he said.

“If we can make some temporary and careful changes to avoid this, then that’s what we need to do.”

Mr Katter said truckies transporting livestock faced a harder task than regular freight drivers, as they must be mindful they are complying with animal welfare laws.

He said more flexibility was desperately needed as livestock transport tasks could be unpredictable and complex.

While truckies can obtain special permits under various national schemes, Mr Katter said these schemes were also restrictive in terms of when drivers can and cannot drive.

He suggested that Australia’s three levels of driver fatigue management – currently Standard, Basic and Advanced – could be consolidated into one.

He also said drivers could be given more control over when they take their rest breaks.

“Many drivers feel like they are being set up in a system of entrapment – they are being forced to drive when they are tired and sleep when they’re not by the current system,” Mr Katter said.

“Really we need an entire review of the system but at the moment, some flexibility for those carting from drought-declared zones would help for now.”