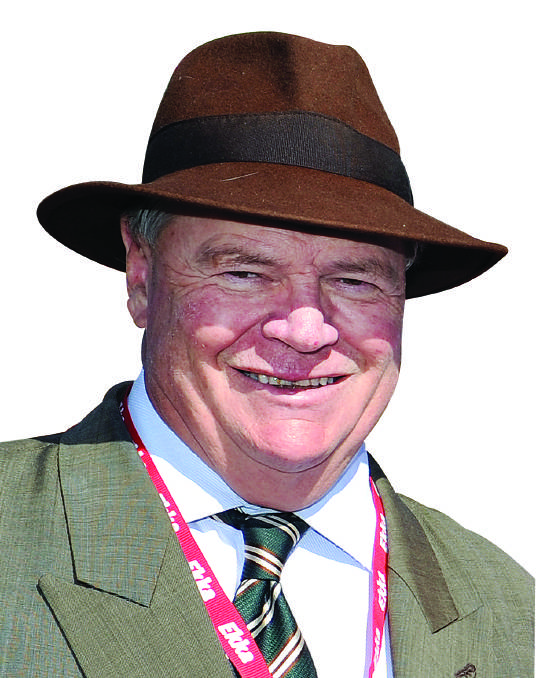 RACING infrastructure, and key community programs like the gambling help line, emergency helicopter services and kids’ sports will benefit from funding from revenue generated by changes to taxes on large betting operators.

The Point of Consumption (PoC) betting tax was an election commitment from the Palaszczuk government and came into effect on October 1.

Queensland now joins South Australia and Victoria by introducing a betting tax. The new tax set at 15 per cent of net wagering revenue is the same as SA but higher than Vic, which set its levy at 8pc. The NSW government also announced it will impose a 10pc betting tax from the start of 2019.

“Until now, large wagering companies paid tax where their headquarters are located, rather than where bets are placed. Thanks to our changes, the money people bet in Queensland will come back to Queensland and will be reinvested in Queensland communities,” Ms Trad said.

QUEENSLAND’S racing industry and punters will receive a one-off sugar hit and no long-term funding certainty when Labor’s $100m-a-year betting tax kicks in, according to LNP Deputy Leader and Shadow Treasurer Tim Mander.

Appalled that the struggling industry would only receive a one-off sugar hit, Mr Mander said Annastacia Palaszczuk’s 15pc tax on betting revenue was announced just 48 hours before the last state election and will be the highest tax of its kind in Australia.

“The confidence of our racing industry has been shattered thanks to years of neglect under Labor premiers. Racing in NSW and Victoria is leading Queensland by a country mile. Labor’s ridiculous Racing Minister can’t even get our top track, Eagle Farm, back online.

“And now a $100 million a year betting tax is set to hit the industry like a sledgehammer – unless Annastacia Palaszczuk stumps up and provides a better deal for our racing industry,” Mr Mander said.

“It’s time for Annastacia Palaszczuk and Labor to come clean and provide a long-term funding plan to revive racing. Prize money should be increased and key infrastructure upgrades need cash to happen. Anything less will be just another kick in the guts for our historic racing industry,” Mr Langbroek said.

Back on September 8, his 6YO gelding Multifacets won the 2100m Cairns Amateurs Cup. Now three weeks later on September 29, 5YO mare Misc has added the 1600m Ewan Cup to the collection.

The Ewan Cup for Class 6 horses was the feature race on the second day of the annual two-day meeting first held at Ewan north of Charters Towers in 1922.

Trained by Townsville-based Alby Molino, Misc was the second member of her family to win on the day. Several hours earlier – some 1250km south at the Gold Coast – her 3YO half-brother Dreamreacher won his 1100m maiden on debut for the Gillian Heinrich and Ben Rodgers stable.

And there could be more Cups in store for Misc as she has now qualified for Racing Queensland’s new ‘Country Cups Challenge’ series final in Brisbane on December 1 which will bring together the winners of 16 Country Cups held across Queensland between September and November.

A daughter of outstanding racehorse and sire Starcraft who won Group 1 races in Australia, England and France, Misc is from the Magic Albert mare Lieserl – a twice-winning sister to four winners including Group 2 winner Master Harry plus a half-sister to a further three  winners produced from the Sri Pekan mare Sri Lanka. There’s also a Group 1 winner in the immediate family as Lieserl’s unraced half-sister Barcelona Girl produced the 2016 Stradbroke winner Under The Louvre.

Later that year, Lieserl was catalogued at the Magic Millions National Broodmare sale where she was sold in foal to Scissor Kick for $20,000 to Brain Smith’s Waylon J Stud, Wamuran. She subsequently foaled a filly and is currently in foal to dual Group 1 winner Epaulette.

Misc began her racing career under the Sydney-based Hawkes family stable but after two unplaced starts she was acquired by Tom Hedley who sent her to Townsville trainer Alby Molino. The new owner/trainer combination had immediate success with a first-up win in Townsville in June last year. While the Ewan Cup was only her third win, she also has 11 placings to her credit from 22 starts in North Queensland to give her a 66pc win/place ratio.

Betting tax has opportunities and challenges

Acknowledging the government’s decision on how a portion of racing receipts will be directed back to the Queensland racing industry,  Mr Wilson said RQ had engaged actively with government since the introduction of a PoC tax was announced last year.

“We welcome the government’s decision to provide RQ with ongoing financial support to ensure that the PoC tax doesn’t negatively impact Queensland’s racing industry. This support, coupled with the historical debt write-off of $17.8 million, is a step towards securing one of Racing Queensland’s key strategic goals of creating a sustainable racing industry,” he said.

Mr Wilson said the announcement of a $20 million one-off grant payment to invest in greyhound and harness facilities was recognition of RQ’s vision to provide new, fit for purpose infrastructure for participants.

“Overall, infrastructure is critical for animal welfare, tourism, events and participation, so some strengthening of our weak balance sheet is a positive step. When we consulted widely with industry to formulate our infrastructure plan it was universally recognised that we need to modernise our facilities.

“The nation stops for the Melbourne Cup; now NSW is trying to compete with The Everest. We need the facilities and prize money to keep growing our successful and much-loved Winter and Summer Racing Carnivals.

“Despite increasing returns to participants by $15.2 million over the past two years RQ remains a loss-making organisation. Although we have put in place strong foundations for growth since announcing a parent company loss of $19.9 million in Financial Year (FY)16 to a $1.2 million loss in FY18, we have much more work to do to build on this recovery,” Mr Wilson said.

“In my first four months in the role of CEO I have travelled to many parts of the state to listen to what our industry has to say on a range of issues. On the subject of the PoC tax, the industry has been united in its calls for all racing receipts raised by the tax to be directed back to support racing in Queensland,” he said.

Mr Parnell said he recognised the PoC announcement would disappoint many participants and cause them to question what it means for future returns to industry.

“Racing Queensland will continue to engage with government and our commercial partners in pursuit of our plan to improve the viability of racing in Queensland, particularly comparative to the NSW and Victorian industries that continue to announce significant prize money increases,” he said.

Mr Parnell said RQ would now work with government to seek their support for additional funding that will support viability through increased prize money, investment in racing and events tourism and the creation of vital traineeships and apprenticeships.