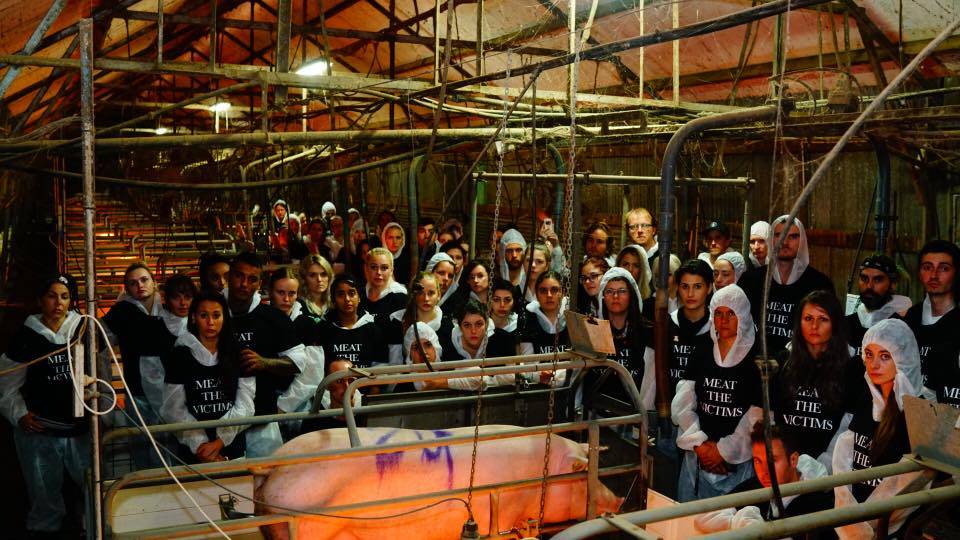 ABOUT 100 animal rights activists have staged a protest at a piggery on the Sunshine Coast in Queensland following forced entry into a furrowing house this morning.

ABOUT 100 animal rights activists have staged a protest at a piggery on the Sunshine Coast in Queensland following forced entry into a farrowing house this morning.

It’s understood the police are at the scene along with television media, with images from inside the piggery taken by 70 activists being broadcast live on Facebook via the Animal Activists Australia page.

It’s also understood the piggery owner was broken into a few months back and two activists have been charged – but is now concerned that the activists inside the facility staging the protest are causing animal welfare and biosecurity issues.

Another 40 activists are camped outside the facility and refusing to move on, demanding media be allowed inside, with arrests made.

A statement said Australian Pork Limited, and the farm involved, are working closely with police and relevant authorities after a group of protesters illegally entered a pig farm at Beerburrum in Queensland.

“Our immediate priority is the welfare of the pigs at the farm,” it said. 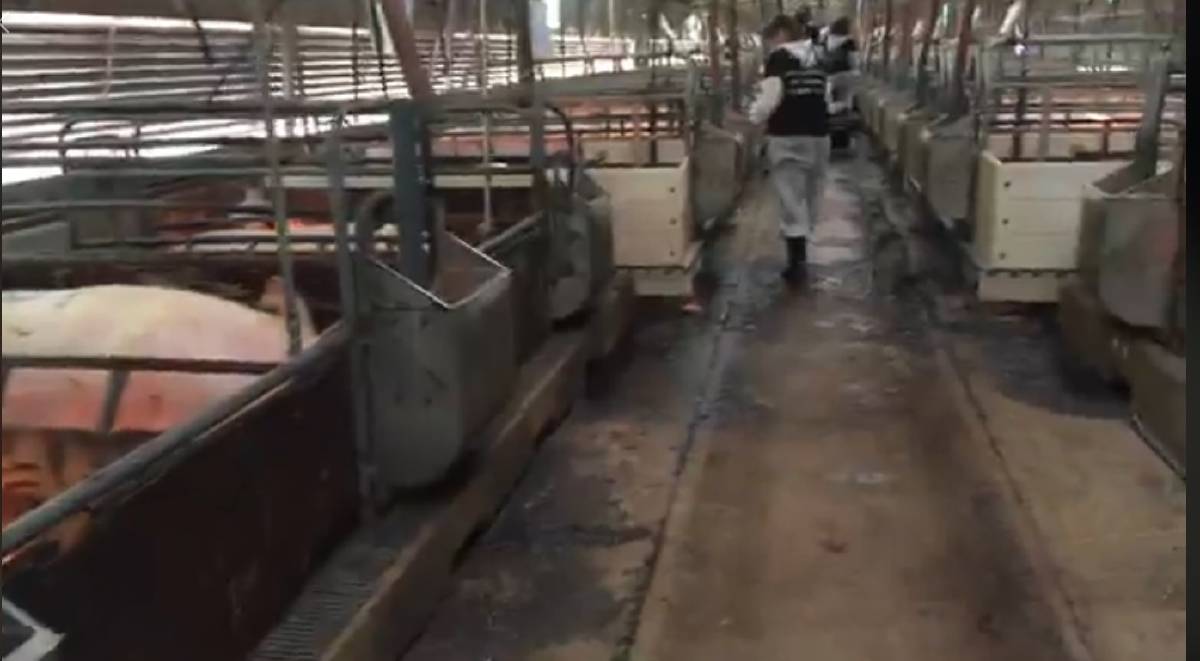 “Anyone entering a pig farm without completing the relevant biosecurity protocols puts the health of the animals at risk.

“We’re focused on working with police to safely remove the protestors so check the welfare of the animals.”

Fears have also been raised that the piggery protest has also been linked to the release of a new animal rights documentary released this week that’s been written and edited by Chris Delforce and features video footage gathered covertly over an extended period on Australian farmers and other facilities.

Last year, Australian Pork expressed disappointment that Mr Delforce and another animal rights activist had charges dismissed in court due to a technicality, for alleged offences under the NSW Surveillance Devices Act.

It’s understood the protest group is called ‘Meat the Victim’ with protesters wearing shirts saying ‘One has a moral obligation to disobey unjust laws’. 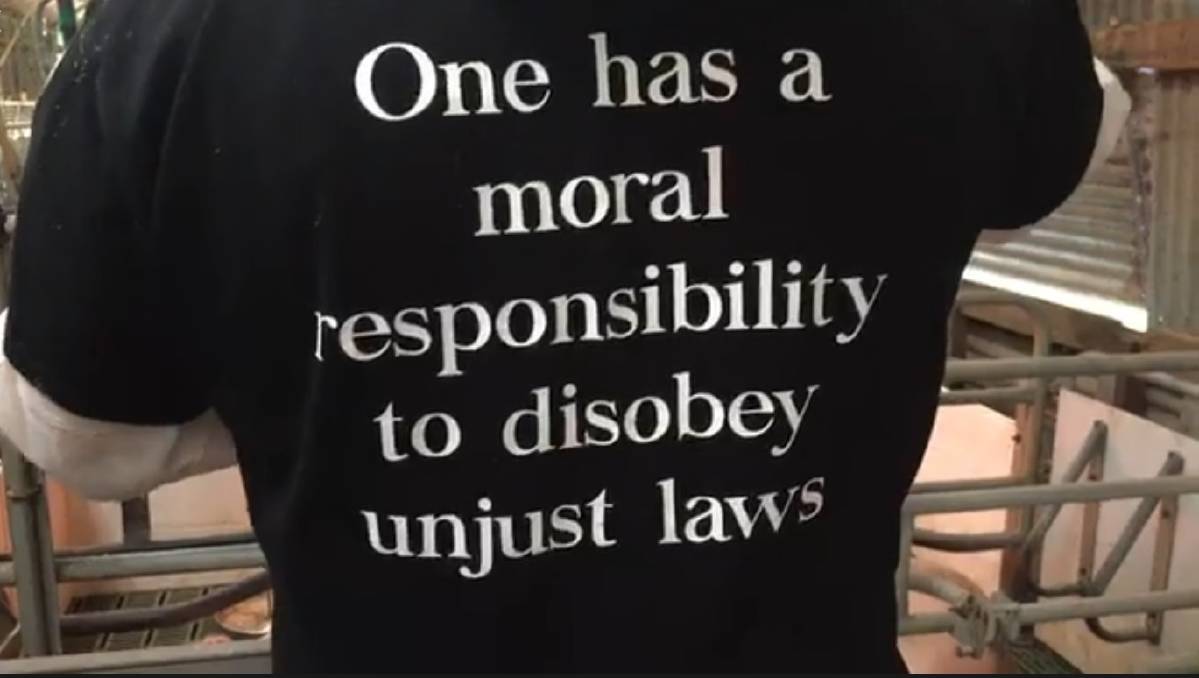 The group entered the facility at about 4.30am this morning and one of them, posting live to Facebook, said pigs were people of another “non-human species” and “just like us” but were being kept in “horrific conditions” that were considered legal.

But the protestor said, even grass-fed, free-range organic reared animals “all end up in slaughterhouses”.

“These pigs in there have done nothing wrong,” he said.

He said the protesters were trying to “inspire” people to “boycott animal products” that had resulted from “normalised violence”.

The protester also said they wanted media to enter the facility to show the animal welfare practices inside.

“What do the farmers have to hide?” he said.

“Animals are constantly screaming - this happens all over world - 8 billion sentient beings are murdered by human beings, every single day.”

In an interview with Fairfax Media in 2014, Mr Delforce outlined his civil disobedience mission that included targeting 100 piggeries throughout Australia, and his hard-line views on trying to terminate meat industries by attacking and questioning moral perceptions of animal production activities considered legal.

“To me, and I think to most people, it’s a question of which crime is worse - animals being abused or someone jumping a fence to film it?” he said.

“If someone thinks that trespass is the worse act out of those two things, then I think there’s something wrong there.”