A Light Horse troop re-enactment of the charge at Beersheba was a feature of the Sunset Dinner.

Winton's Outback Festival has handed over a cheque to the Heart of Australia program.

Despite droughts and flooding rains, the volunteers of the Outback Festival in Winton have raised $22,000 to the Heart of Australia program, which offers an innovative approach to front-line specialist medical service, specifically aiming to help Australians whose lives are threatened by this nation’s vast distances.

The Heart of Australia program brings regular cardiac, endocrine and respiratory specialist services to rural and remote communities across Queensland.

“We were able to raise $22,000 for the Heart of Australia clinic”, said festival coordinator Robyn Stephens OAM. "This foundation was identified as country Australians are currently 44 per cent more likely than city dwellers to die from a heart attack”.

The $22,000 cheque was delivered on March 3 in Winton by Outback Festival committee members, who made a special presentation to Dr Rolf Gomes, Brisbane cardiologist and founder of Heart of Australia whilst he was in Winton. The generous donation was raised at the 2017 Sunset Extravaganza Sunset Dinner attended by over 300 people, held during the September festival at the Bladensburg National Park.

“The Sunset Charity Dinner was a major fundraising activity of the program and exemplifies this small town’s commitment to its fellow Australians”, explained festival coordinator and Winton resident, Robyn Stephens OAM.

The charity dinners have been a major fundraising activity of the Outback Festival’s program for some years with over $90,000 being donated to many worthwhile causes.

The evening dinner also featured a re-enactment of the charge of the Light Horse charge at Beersheba by the Queensland Light Horse Historical Troop, celebrating the centenary of that event. 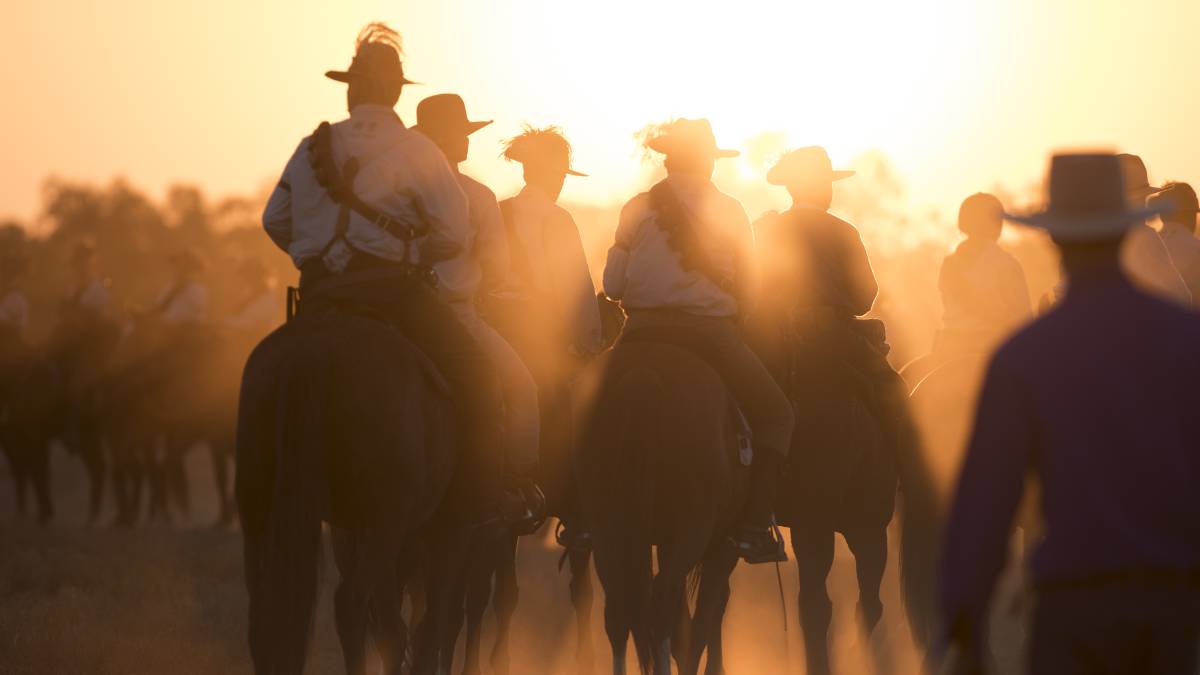 Some of the Light Horse troop at the dinner.

“We acknowledged that of the 519 men who enlisted from the district during WW1, approximately one fifth of these men enlisted into the Australian Light Horse Regiment “said Australian country music singer and MC for the evening, Tania Kernaghan.