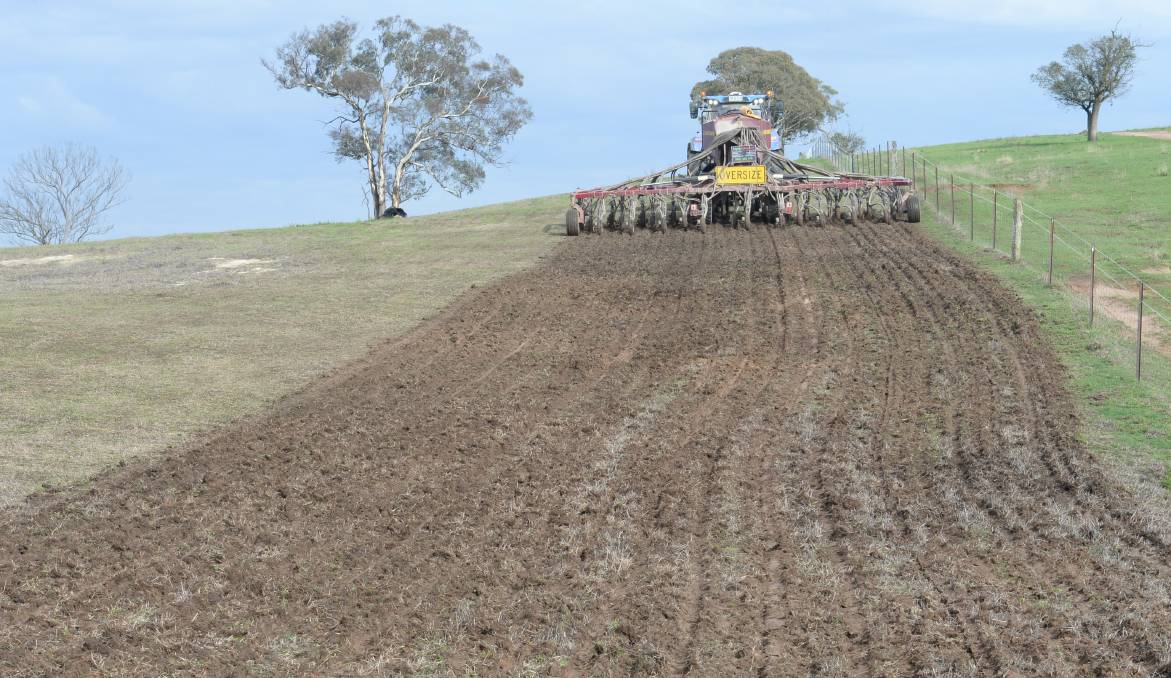 Last year’s whacky weather mix of extreme temperatures and rainfall frustrations, plus a weaker cattle market, have taken a toll on the returns of some of Australia’s top farming enterprises, as monitored by the national farmland index.

But returns of almost 17 per cent on the capital value of 60 properties tracked by the index are still pretty impressive.

In fact, the result ranks almost 200 per cent ahead of a similar index of earnings from US agricultural investments.

For the 12-month period to September 30 the Australian Farmland Index’s monitor of a  $1.1 billion portfolio of selected horticultural, pastoral, intensive livestock and cropping enterprises saw total returns on their capital value dip about 6 per cent on results for June.

Income for the year accounted for 6.3pc of the total 16.9pc return on capital result, while capital appreciation was 10.2pc.

Both categories had been 7.1pc and 10.5pc respectively three months earlier.

“The season throughout 2017 proved to be much more volatile and generally a bit of a mixed up package, which was reflected in the earning capacity of some enterprises,” said farmland index co-ordinator, Frank Delahunty.

Fluctuations in cropping and some livestock earnings as a result of the erratic season were a similar story across the agriculture sector generally, he said.

“The cattle market also softened in response to seasonal and overseas pricing pressures.”

Southern croppers were caught by a wetter than expected harvest in November-December, but much of Queensland, northern and western NSW and parts of WA remain exceptionally dry.

However, returns from some of Australia's top performing holdings were still almost three times healthier than those from comparable US farm operations said the US-based not-for-profit National Council of Real Estate Investment Fiduciaries (NCREIF).

US farmland returns for the year to September slipped to 6.1pc, or almost half their 27-year average of 11.5pc.

US capital appreciation returns have fallen in the past four years as a previous land buying surge, partly fueled by west coast subdivision demand, has subsided.

The US index, which monitors $7.5b in rural land investments, is also more exposed to current low global grain price trends because, unlike the Australian index, it does not cover livestock holdings.

While Mr Delahunty had personal doubts about whether the 2016 and 2017 run of impressive Australian results (ranging from 16pc to 18pc) would hold on for long, he said local market conditions had aligned to reward most Australian farmers and ag sector investors in recent years.

“The farmland index tends to monitor enterprises with a more aggressive up-scaling approach to generating returns, but its results largely reflect the healthy returns typical of father and son cattle operations or mixed farming family businesses,” he said.

The index results only track earnings and fixed asset values from individual holdings and do not take into account fund managers’ fees which may be later extracted from the returns.

Listed agribusiness investor, Rural Funds Management has noted, despite a difficult cropping season, the third quarter of 2017 saw cotton and wheat prices remain stable, shrugging off the cost of a rising Australian dollar against the US currency.

“Admittedly it’s coming from a very low base, but interest in agriculture from local superannuation funds has a long way to go, although this sort of timely research should make the sector’s value more obvious to them.”

He expected the index’s expanding portfolio to cover properties worth about $2b by 2019, although major agricultural investment players Macquarie Bank (which manages the Paraway Pastoral and Lawson Grain farming businesses) and Westchester have been remarkably shy about wanting to share their Australian enterprise performance data with the index, to date.

US-based Westchester was a founding supporter of the NCREIF index in the US in the 1990s.