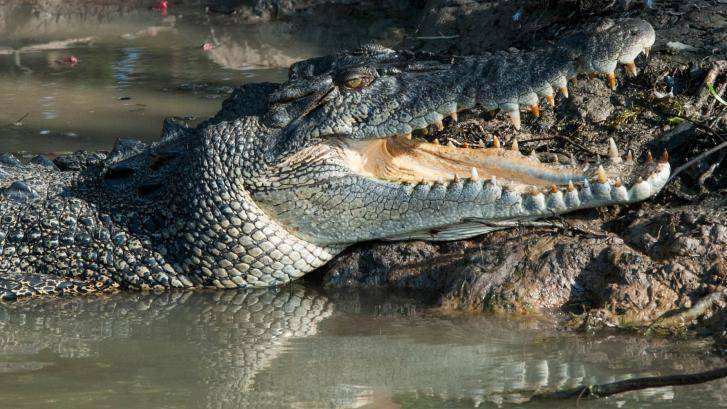 This is a saltwater crocodile - found in Australia.

That's not a saltie - this is a saltie!

The Katter’s Australian Party have been put in their place by Terri Irwin of the Australia Zoo after posting photos of the wrong kind of crocodiles.

On October 19 the KAP put out a Facebook post complaining about the Queensland Government’s lack of action on crocodile management after a string of recent attacks.

“We're sick of city politicians making decisions about issues they don't understand,” the party wrote on its Facebook page.

“We reckon they'd learn pretty fast about crocs if we put a heap of them in Brisbane's Breaky Creek.”

The post was accompanied by a picture of several crocodiles on a riverbank.

However Ms Irwin was unimpressed when she saw the photo.

On Twitter she said “Hmmmmm, just thought you might want to know that these are Nile Crocodiles.”

“They are found in South Africa, not Australia,” she said.

Hmmmmm, just thought you might want to know that these are Nile Crocodiles. They are found in South Africa, not Australia. pic.twitter.com/iFM7MhGJwU

The saltie is the world largest living reptile, growing to an average size of 6.7 m and weight around 2000 kgs.

They live in salt water, deltas, swamps, mangrove, lagoons, rivers and estuaries and are found in Australia and the eastern coast of India to south east Asia.

Nile crocodiles are slightly smaller and live in rivers, lakes and marshlands in sub-Saharan Africa.

So which croc would win in a fight?

According to the Compare Animals website, salties are more aggressive, and usually faster then their African counterpart.

“My verdict- the Australian salt water crocodile would win the fight with Nile crocodile,” the site concluded.