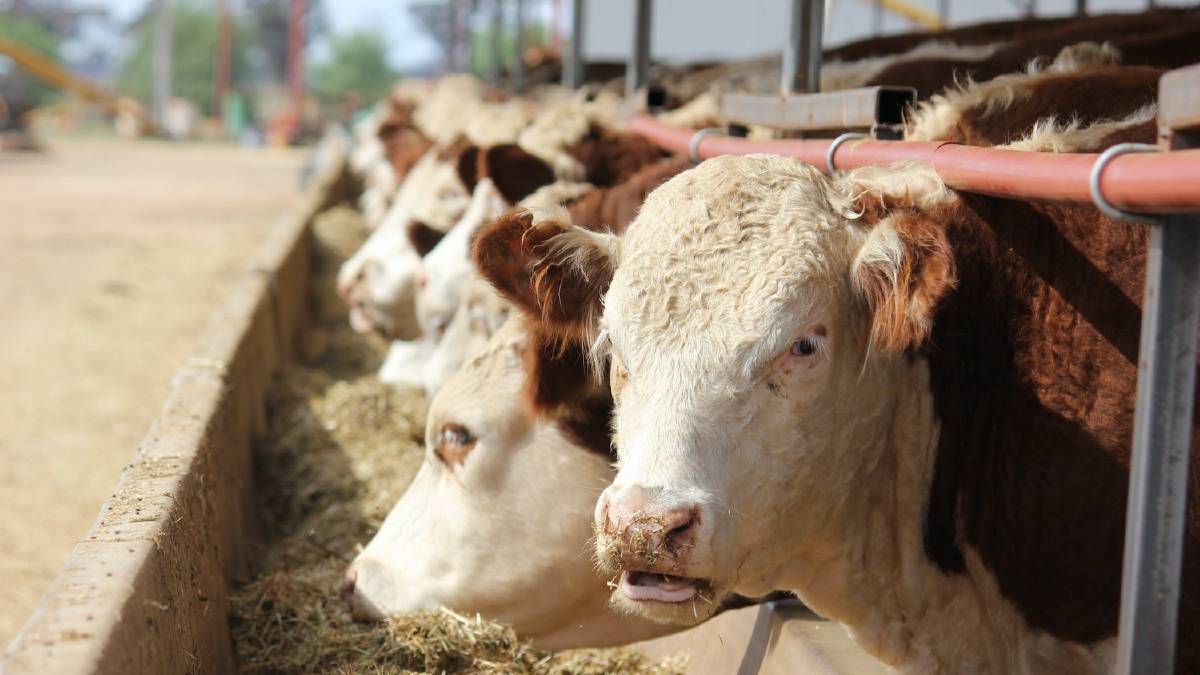 Improved lot feeder margins look like being short-lived but growth in the sector isn't.

THE TWO-MONTH run of improved lot feeder margins may be short-lived given the upcoming predicted hot competition for cattle courtesy of widespread rain but increased numbers on feed in Australia is here to stay.

That’s the belief of cattle market analysts, based on the strong grainfed beef demand coming from lucrative overseas markets such as Japan and Korea.

The number of cattle in Australian feedlots has been at record levels this year, defying forecasts for a decline once the one million head mark was reached.

Cattle on feed for the April to June quarter increased by 72,597 head, or 7.1pc on the previous quarter, reaching an unprecedented level of just under 1.09m head.

However, market intelligence manager Scott Tolmie said it was not expected numbers on feed would drop back to where they were three to five years ago on account of the growing Asian demand for high quality grain fed Australian beef.

While Australian beef exports over the past nine months have been the lowest in five years, the MLA October update says exports to Japan have actually increased 13 per cent year-on-year and will be further assisted by the considerable tariff advantage, after the safeguard was triggered in August, over United States frozen beef until the end of March next year.

Analysis from cattle market experts Mecardo shows the fall in feeder prices in August and September made lot feeding input prices on a dollar-per-head basis $109 cheaper.

Analyst Angus Brown said the the improvement had, however, been tempered somewhat by increasing feed grain prices, especially in southern areas.

“The tight margins seen this quarter might see cattle on feed figures ease,” he said.

“However a poor season in NSW, resulting in low pasture reserves should support numbers on feed to an extent.”

With the underlying demand fundamentals for grain fed beef strong, lot feeders in Australia have been setting themselves up for growth, with capital works and infrastructure expansion particularly strong in the lot feeding hotspot of southern Queensland and northern NSW.

The industry is also heavily focussed on relationship building across the beef supply chain and that will be the focus of much of the discussion at next month’s Australian Lot Feeders’ Association annual conference.

Called SmartBeef, it will be held at Armidale from November 1 to 3.

“The prosperity of participants along the value chain is intrinsically linked to having genuine relationships, about understanding one another and a commitment to work together,” said  ALFA president Tess Herbert.

The line-up of speakers at the conference would discuss how cattle producers, feedlot operators, suppliers and advisers can work together to make the beef sector profitable for everyone, she said.

Speakers and topics include: