A small state school in the middle of outback Queensland, will celebrate its 50 year anniversary with its first ever school fete. 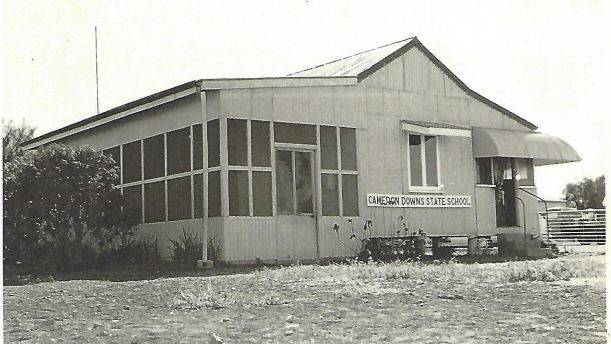 A small state school in the middle of outback Queensland, will celebrate its 50 year anniversary with its first ever school fete.

Celebrating this significant milestone, Cameron Downs State School will host a school fete at its grounds, 65 kilometres south of Hughenden, on Saturday September 23.

Hosted by the P&C, the day will include an official welcome, live band, novelty games, bar, market stalls and more.

Organiser Shona Larkin hoped this celebration would encourage as many past students and families to return and visit.

“We are very fortunate to celebrate the 50 years of education at our small rural school. For a small, one teacher school in the middle of nowhere it is a great achievement!”

Cameron Downs School was established in 1967 as an one-teacher ‘provisional school’ after lobbying from four founding families in the local area; the O’Brien’s of Marionvale Station, the Wearing’s of Elabe Station, the Doyle’s of Sutton Downs Station and the Underwood’s of Sandalwood.

The Queensland Education Department leased a small portion of land from property owners and appointed a teacher and paid his wages. The local community provided the land, the school buildings, teacher accommodation, furniture, books, playground equipment and any teaching aides, along with the maintenance.

Cameron Downs School was situation in the middle of Cameron Downs Station, one of the largest and earliest settled properties in the Hughenden district.

The majority of the pupils came from surrounding properties and travelled long distances to attend school each day.  The original enrollment saw a total of 12 students at Cameron Downs School in 1967. 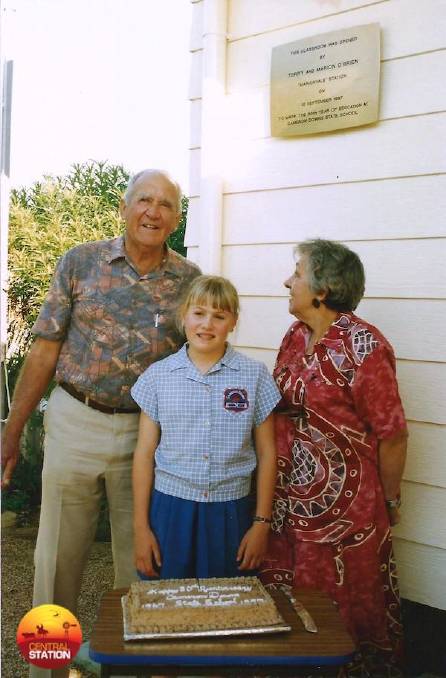 In 1997 the new school building was opened.

“In September 1997 the school marked its 30th anniversary with the opening of the new school building – which couldn’t come at a better time with 14 students enrolled in Year One to Seven,” Ms Larkin said.

“The original small building no longer provided the space and room to educate the students, as well as a well stocked library, a diverse range of teaching resources and technology including computers.

“The new building was officially opened by Marion and Terry O’Brien, one of the original founders of Cameron School.

The original classroom is still being well utilised as the main office, administration, library and lunch room.

The grounds over the years have also been transformed with the establishment of a lawn, trees and gardens along with the installation of a new playground and sheds to house the playground equipment.

Ms Larkin said the school had undergone many changes throughout the 50 year history, but the dedication and spirit of the parents and community who maintained its establishment continued as strong as ever.

“Approximately 180 students have attended Cameron Downs State School during its 50 years,” she said.

“The least amount of students was in 2015 with only three enrolled, two of which were named Daniel.

“Over the years, some of the families have travelled up to 100km one way for their children to attend Cameron Downs School on a daily basis.

“Many of the families car pool children and take turns to lessen the travel. Over the years there have been students who have driven themselves to school, via four-wheelers, motorbikes and mini mokes! 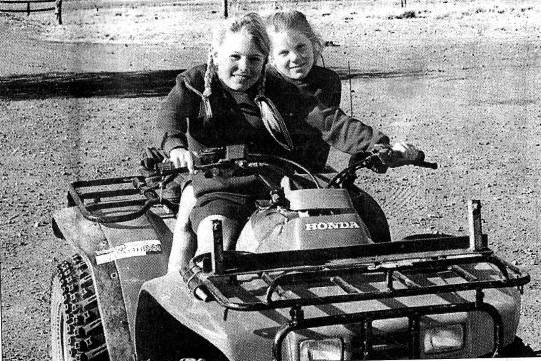 Without the Cameron Downs State School and the next closest school being located in Hughenden, Ms Larkin said it would have made it difficult for students to travel to school.

“All roads leading to Hughenden, were and still remain unsealed blacksoil.

“For the majority of the year the Hughenden-Muttaburra Road is less than ordinary.

“During the wet season any small storm or shower of rain causes the road to be boggy and during the dry season the road is rough, with corrugations and loose dirt that is full of bulldust.

“Thankfully, Cameron Downs State School has had a strong enrollment of students within the last few years with a number of young families returning to the land, which has allowed the school to continue.

“We are also every fortunate to have such a wonderful community involvement to keep our little school running.”