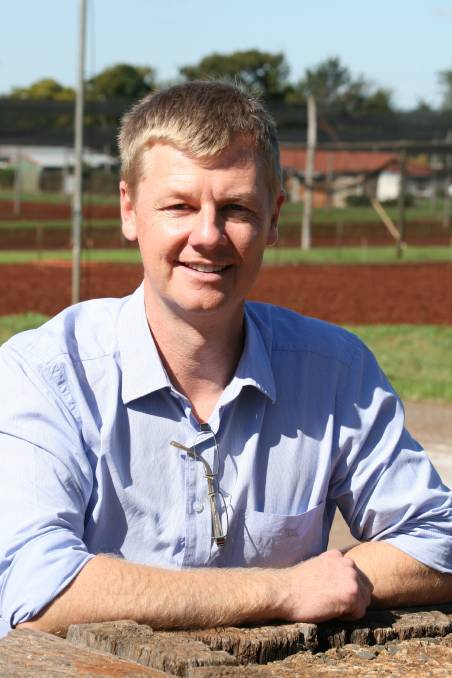 KNOWING what’s in each paddock is vital in managing the escalating risk of herbicide resistance across Queensland and NSW.

A weed survey investment by GRDC is making rapid gains into understanding the prevalence of the region’s key weed species, their resistance status and the effectiveness of commonly used herbicide modes of action.

Growers are being encouraged to become involved in the survey to help establish a baseline knowledge about their property’s weed populations and enable industry to generate a more thorough understanding of the herbicide resistance situation across the northern region.

The only way to find out whether herbicide resistance is present is to test. - Dr Michael Widderick, QDAF

“If growers are unsure whether herbicide resistance exists on their property, they could end up wasting a great deal of time and money on herbicide applications that are basically ineffective,” Dr Widderick said.

“The only way to find out whether herbicide resistance is present is to test.”

The surveillance work is being conducted in Queensland by DAF and in NSW by Charles Sturt University (CSU).

All commonly used herbicide modes-of-action will be screened and once findings are collated, confidential reports will be available to participating growers.

General survey data will be used anonymously to prepare large scale maps showing the distribution of resistant weed populations across Queensland and NSW to help highlight priority issues and ensure they are addressed.

DAF is seeking permission from growers and land managers to enter properties to collect weed seeds and is conducting surveys in Queensland to coincide with winter and summer grain and legume harvests. Growers will be contacted prior to paddock visits with a date and an estimated time of visit.

In NSW, CSU will be conducting random surveys, sampling at 20km intervals around the state. For more information or to become involved with the NSW testing, contact Dr John Broster on 02 6933 4001 or email jbroster@csu.edu.au.

Both DAF and CSU personnel will take the utmost care to ensure boots and clothing are free from weed seeds before entering property.

Survey work began last year on a range of winter weeds and herbicides, and is continuing throughout 2017.

The winter weed survey was conducted during October to November 2016 and resulted in almost 600 paddocks being surveyed across Queensland and NSW. Sowthistle and wild oats were the most common weeds collected for testing.

Although seasonal conditions impacted on sampling collection during summer, weed seed sampling has been undertaken so far this year at 91 sites in Queensland and 67 sites in NSW on sowthistle, fleabane, feathertop Rhodes grass, awnless barnyard grass, windmill grass and liverseed grass.

The survey work builds on an earlier project led by DAF researchers into the level and status of herbicide resistance in common sowthistle across the northern region in 2014-16.

The work started after Australia’s first cases of glyphosate-resistant sowthistle populations were found in north-west NSW in February 2014.

More than 170 sowthistle seed samples were received as part of the survey with approximately 19 per cent of viable samples showing resistance to label rates of glyphosate. In one seed sample, from a fallow paddock near Gunnedah, 93pc of plants survived a glyphosate application at the recommended rate.

On the flip-side, 81pc of the samples tested were susceptible to the label rate of glyphosate under test conditions.

This indicates that, for the majority of properties in the north, glyphosate remains an effective control option for common sowthistle as long as plants are treated at an early growth stage using robust label rates of herbicide.

However, in the longer term the sustained effectiveness of glyphosate will hinge on the widespread adoption of diversity in weed control as part of an integrated approach.

“Both the sowthistle resistance survey and the broader herbicide resistance surveillance which is currently underway will provide critical benchmarking information for the grains industry at farm, industry and state levels,” Dr Widderick said.

“This information is critical if we are to be proactive in dealing with herbicide resistance in the north: we need to know the situation in paddocks so we can take action and protect the longevity of our most important herbicides.”