The most diverse mineralised zone in Australia is seeking UNESCO endorsement as a geo-park to ramp up tourism potential.

The spectacular lava tubes at Undara, Cobbold Gorge’s weathered sandstone treasures, specks of gold that dot the wider landscape, and the mineralised soak at the Tallaroo Hot Springs – they all contribute to what the mayor of the Etheridge Shire Council describes as the most diverse mineralised zone in Australia. Sheer walls at Copperfield Gorge drop into a sandy river bed revealing lava flow layers. It's one of a number of attractions that the Etheridge Shire Council wants to use to attract the overseas tourism market.

It’s these features and many more that have seen the shire registered with the United Nations Educational, Scientific and Cultural Organization (UNESCO) as an aspiring geo-park.

If the Etheridge shire was to succeed with its application, and there has been some debate about it, it would be an Australian first.

Mayor Warren Devlin said there were 127 geo-parks, or areas with a geological heritage of international significance, in the world, and it’s an area he’s excited to be exploring.

“We need to do something to support our youth,” he said.

“The grazing industry is our backbone, and irrigation and tourism industries are in the development stage.

“Tourism is responsible for more employment in the Etheridge shire than any other industry at the moment.

“This is a most exciting tourism growth market.”

Undara's lava tubes, the world's longest, are already set up for tourism.

Cr Devlin said he had been battling a misunderstanding in the community that geo-park approval was akin to World Heritage status, which was shunned.

“I’ve met with the North Queensland Miners Association in Mareeba and explained that this is about celebrating the heritage of mining.

“We’ll be interacting with schoolchildren and teaching them about their own geography.”

The aim is to get UNESCO accreditation and put Etheridge’s brand on the world stage, Cr Devlin said, adding that there was no governance overlay from UNESCO or other government departments. 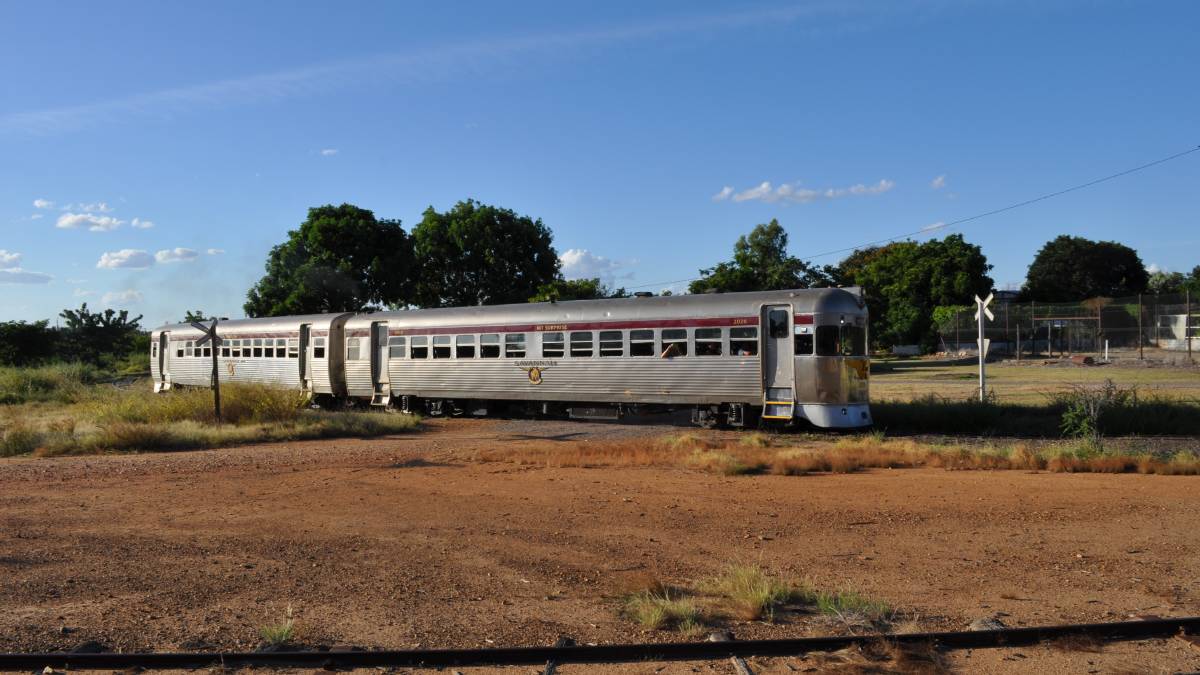 He said that cattle properties that wanted to open their places up would be welcome, but it was not compulsory.

“Some cattle properties have waterholes to die for, and natural escarpments that would give great photo opportunities.”

It’s a topic close to Cr Devlin’s heart, with his background as a gold miner, and he spoke at length about the legacy of the inland sea and what his shire had done already to promote these attractions.

“We already have the Savannahlander train – let’s fill it with tourists and give them something to see,” he said. “I’ve always known this place needed a brand on it.” UNESCO applications are open once a year, according to Cr Devlin, and he hopes the community consultation and conversations with government will have taken place in time for the shire to apply this year.

Sponsored by
Known as the Woomera, the vessel is a sight to behold.
Test
Nine intersections between Atherton and Mareeba will be upgraded.
Test
Charters Towers sibling band Homegrown has taken their talent international, touring America with a big named music artist.
Test
The results were a win for the Malanda family's cattle pastures and the overall environment.
Test
Mayor of Cloncurry Greg Campbell said he did not accept a decision against him by the Queensland Council Conduct Tribunal and was considering available avenues to appeal with his legal team.
Test
Slaughter rates have picked up; lessons learned from disruptions.
Test
Farmers like Tim Wright join huge research into natural capital accounting
Test
After being hit for the COVID duck in 2021, the ever-popular Goldfield Ashes cricket competition was back with a vengeance over the weekend.
Test