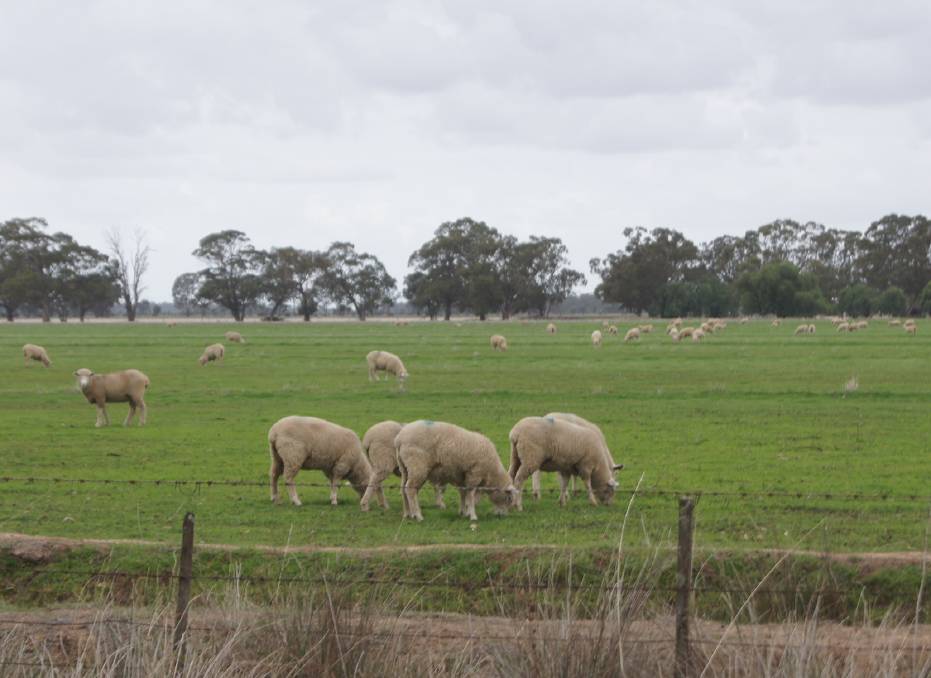 THE Productivity Commission’s final report on agricultural red tape has recommended major reforms including adopting a national body to oversee the development of animal welfare standards, to appease community concerns.

The 701 page final report was handed to the federal Coalition government in mid-November and publicly released today.

It came after a draft document was unveiled in July last year which made 32 preliminary recommendations and then gathered stakeholder and public feedback.

The final report will not require a government response to its core recommendations on significant regulatory reforms to help relieve red tape burdens that strain farm sector viability, in areas like foreign investment and Genetically Modified (GM) crops, but one may be forthcoming which addresses some suggestions but not all.

The report said to facilitate greater rigour in the process for developing national farm animal welfare standards, the Australian government should take responsibility for ensuring scientific principles guide those standards.

It said to do this, a stand-alone statutory organisation - the Australian Commission for Animal Welfare (ACAW) - should be established and that call has been welcomed by RSPCA Australia.

The report said the ACAW’s functions should include: determining if new standards for farm animal welfare are required, and if so develop them using good-practice public consultation and regulatory impact assessment processes.

Its functions should also include publicly assessing the efficiency and effectiveness of the implementation and enforcement of farm animal welfare standards by state and territory governments.

Another role would be to publicly assess the efficiency and effectiveness of the livestock export regulatory system and make recommendations to improve it, to the federal Agriculture Minister.

The Commission says the ACAW should comprise no more than five members (including a Chair) appointed by the Australian government following consultation with state and territory governments.

Members should be appointed on the basis of skills and experience, not as representatives of a particular industry, organisation or group.

The report’s recommendations on animal welfare are now set to challenge the government with it repeatedly rejecting calls by the RSPCA and animal rights groups to adopt an Independent Office of Animal Welfare; a move supported by Labor.

RSPCA Senior Policy Officer Jed Goodfellow said his group was “very supportive” of the report’s ACAW recommendation saying it would address many failures on the lack of national leadership, to address deficiencies in the current standard setting process for animal welfare, including scientific standards.

“It will be perceived as being another layer of bureaucracy or red tape but we disagree with that and think this model would provide great efficiencies in animal welfare regulation nationally,” he said.

“We feel it would be of great benefit to livestock industries and not having a national framework has been a great omission of national welfare policy.

“If the recommendations were taken up it would bring us into line with other developed nations like the NZ and EU in terms of how they govern animal welfare policy.”

World Animal Protection in Australia said the Commission’s recommendation on the ACAW would address the current lack of national leadership and applauded the recommendation to review state and territory regulations by the end of 2017 and regular reviews of live export regulatory system.

“However, aiming for efficiency and effectiveness should not come at the expense of animal welfare and we have deep concerns about the ability of an industry-developed assurance program,” the group’s Senior Campaign Manager Ben Pearson said.

The Commission’s final report also found there was no economic or health and safety justification for banning approved GM organisms.

It said the Office of the Gene Technology Regulator (OGTR) and Food Standards Australia New Zealand (FSANZ) assessed GMs and foods for their effect on health, safety and the environment.

“Scientific evidence indicates that GM organisms and foods approved by the OGTR and FSANZ are no less safe than their non-GM counterparts,” it said.

“The successful coexistence of GM and non-GM crops is possible and has been demonstrated both in Australia and overseas.

“This means that if there are any market access or trade benefits - including price premiums for non-GM products - they would be achieved regardless of whether GM crops are in the market.”

The report recommended the NSW, SA, Tasmanian and ACT governments should remove their moratoria - prohibitions - on GM crops.

“All state and territory governments should also repeal the legislation that imposes or gives them powers to impose moratoria on genetically modified organisms by 2018,” it said.

“The removal of the moratoria and repeal of the relevant legislation should be accompanied by coordinated communication strategies designed to increase public knowledge about the benefits and risks to the Australian community from genetic modification technologies.

“The Australian, state and territory governments, the Office of the Gene Technology Regulator and Food Standards Australia New Zealand should actively coordinate their communication strategies.”

The report also recommended the Australia and New Zealand Ministerial Forum on Food Regulation should amend its policy guidelines to make labelling of GM foods voluntary, and FSANZ should remove the requirement in the Food Standards Code to label genetically modified foods.

The report said some regulations lacked sound policy justification and should be removed including restrictions on the use of land held under pastoral lease arrangements and the regulated marketing of rice in NSW and sugar in Queensland.

The Commission said the number and complexity of regulations affecting farm businesses meant the cumulative burden of regulation on farmers was “substantial”.

“The need for regulation is not disputed by farm businesses,” it said.

“In fact, some regulations, such as biosecurity and food safety regulations, were highlighted as providing clear benefits to Australian farmers.

It also said native vegetation and biodiversity conservation regulations needed “fundamental change” so that risks and impacts are considered at a relevant landscape-wide scale.

It also called for international evidence to be put to greater use in assessing agricultural and veterinary chemicals, reducing the time and cost taken to grant registration.

Road access arrangements for heavy vehicles should be streamlined and simplified, the Commission said.

“Some questionable objectives were uncovered when we asked the question: ‘is the objective of the regulation affecting farm businesses clear and relevant?’,” the report said.

“The re-regulation of sugar marketing in Queensland has the stated objective of allowing sugar cane growers more choice in who markets their sugar.

“However, the regulation restricts the marketing choices of sugar millers when they should have the property rights over the sugar that they crush.

“There is no market failure - or other reasonable objective - to justify the re-regulation.

“The evidence also suggests that the growers’ preferred choice of marketing arrangements is likely to reduce the productivity and profitability of the industry - by constraining investment and structural adjustment.”

The Commission said in animal welfare regulation, the objectives were unclear because they were tied to community expectations which are not well understood or articulated.

“Nor are the welfare implications of various farming practices well understood by the community, the report said.

“Limited understanding and agreement about community values in this area has also contributed to conflicts in the development of animal welfare standards and guidelines, particularly between industry and animal welfare groups.

“And in foreign investment policy, there is discord between the Australian government’s stated policy objectives and the likely impact of recent regulatory changes.

The Commission’s report pointed to the Tasmanian government’s preparation of a regulation impact statement (RIS) to assess an extension of its GM moratorium.

It said a marketing advantage in domestic and international markets was noted as one of the main benefits of maintaining Tasmania’s GM free status - but its value wasn’t quantified and only assessed to be ‘not insignificant’.

“The benefits of allowing GM crops were theoretically assessed as being relatively small,” it said.

“The RIS concluded that the (unquantified) benefits were likely to be substantial and to exceed the costs of extending the moratorium from 2014 to 2019.

“By contrast, a cost–benefit analysis conducted as part of the review of the moratorium on GM canola in Victoria estimated that the Victorian moratorium imposed a net cost - the moratorium was allowed to expire.”

“The message in the report is clear: the regulations our farmers are subject to are vast, complex and amount to a substantial burden,” Ms Simson said.

“The report contains sensible findings on native vegetation laws - which the Productivity Commission says are complex, cumbersome and leave farmers bearing a disproportionate share of the financial burden for biodiversity conservation,” she said.

But the NFF said the Commission “overreaches” in some areas of the Report which was a concern.

Ms Simson said suggestions to restructure marketing arrangements in the sugar and rice industries are major reforms with significant consequences for growers.

"Government should consult carefully before responding to this element of the report,” she said.

“While the industry agrees with the need for strong leadership on animal welfare, and improved consistency in regulatory processes, we do not believe that another layer of bureaucracy is the solution.

“It appears as if the Commission has simply accepted the animal welfare lobby’s thesis and adopted it as a solution, which is a concern.”

“Australian grain growers should be able to make a choice about whether they use available technology, including biotechnology, to sustain competitive and profitable businesses,” he said.

“Australia is well placed to manage genetically modified crops given our first class national regulatory system governing this technology through the OGTR – which bases its decisions on science, not the emotion.

“State-based regulations/moratoria are simply creating complexity and duplication where none need exist.”

“Where international evidence exists it should be used to cut down delays in bringing new agricultural chemicals onto the market.”