A ground breaking ceremony was held this week at the site of a major solar farm on a former gold mine at Kidston, northwest of Townsville.

Kidston has “struck gold” for a second time in more than 100 years but this time its with renewable energy.

A week after reaching financial close on stage one of its $120 million solar farm project, developer Genex brought together heavyweights – including representatives of its financiers Societe Generale, Clean Energy Finance Corporation, the Queensland Government and Federal Government – at a ground breaking ceremony on site, 270km northwest of Townsville.

“Today the sun is shining and we will be generating power by November this year,” Mr Addison said.

“North Queensland is a net importer of electricity from central Queensland which is probably a fact unbeknown to a lot of people and this project will help reverse that.”

Mr Addison said the site – once home to the Kidston Gold Mine which employed hundreds of people in its heyday – was a “dream site” for a renewable energy project.

“As an old mine site it comes with an enormous amount of infrastructure which would have otherwise cost us millions and millions of dollars more,” Mr Addison said.

“There is a dam 17km up the road and a pipeline from that dam to the site so we have access to water.

“There is a substation on site, transmission line to the coast, accommodation camp which in its peak hosted 300 people, roads, bridges, rock dumps, river sand just down the road – it’s a dream site.”

The 50 megawatt phase one of the project – to be built on the tailings storage facility from the former mine – will generate 145,000 megawatt hours of electricity per hear from 540,000 solar panels.

Energy Minister Mark Bailey, who was on site for the ceremony, said the project was a sign of investor confidence in both regional Queensland and the state’s renewable credentials.

“The Kidston Solar Project is a revival of a gold mine for the north’s economy and is symbolic of the transition occurring in the energy market,” Mr Bailey said.

Genex is spending $1.8 million on refurbishing The Oak’s Rush Outback Resort which includes an upgrade of 68 additional rooms and will be used as an accommodation camp for onsite workers.

While work on the ground starts in earnest, Genex will continue to develop phase two of the solar farm – 270mw – and a pumped storage hydro project which will provide 250mw. 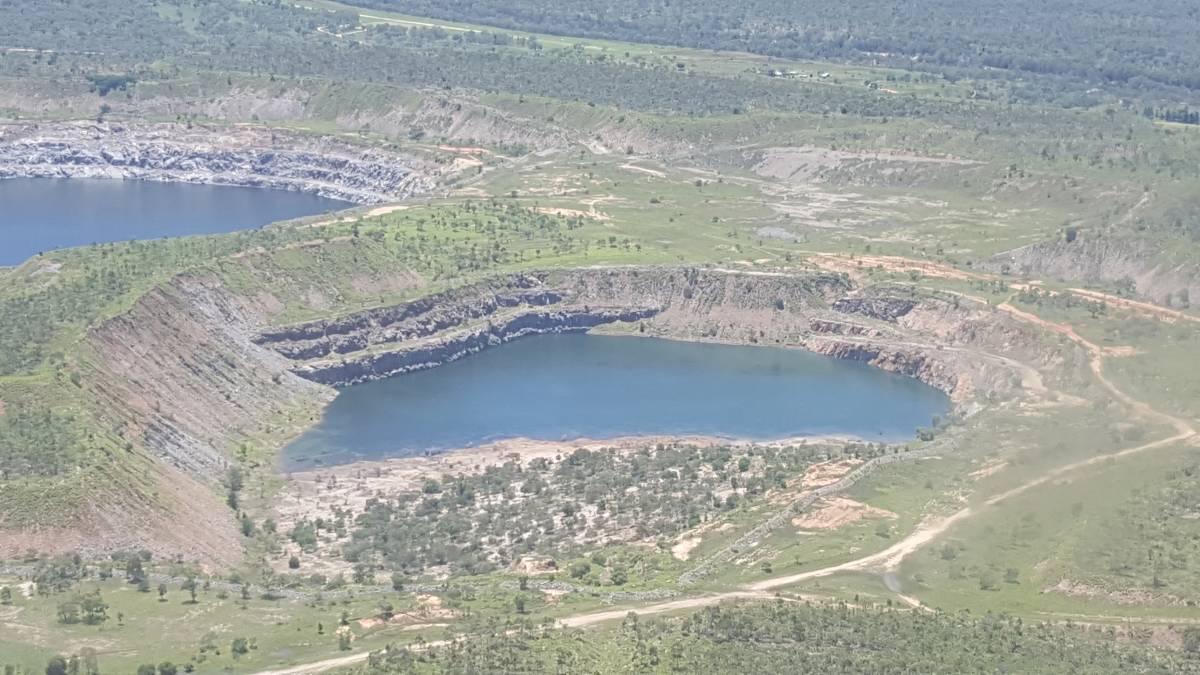 The two tailings dams which will become home to the pumped hydro storage project.

“When the sun shines we can store energy in the water at height and when the sun stops shining and energy is required we can release that water through the turbine generators, generate power and send it back into the grid.”

Genex hopes to reach financial close on phase two and the hydro project by the end of the year, with construction tipped for the first quarter of 2018.