Review of Jenny Old's book about life on a Gulf of Carpentaria property "McAllister". 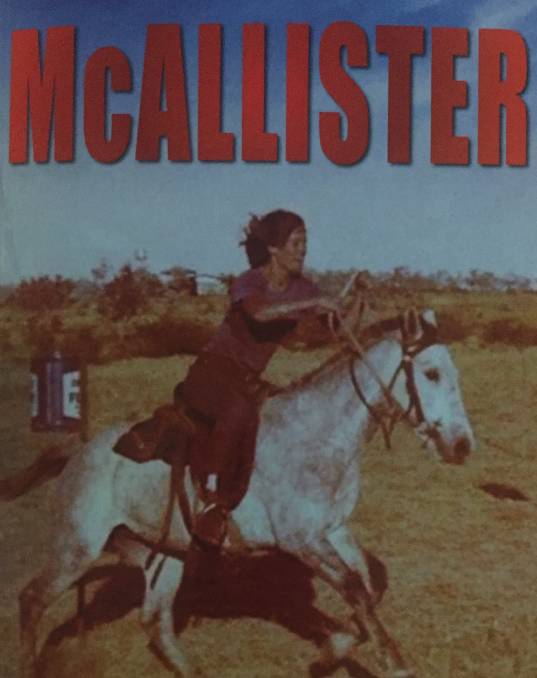 The cover of Jenny Old's McAllister shows a picture of the author riding a horse on the property.

Anyone with an interest in life in the outback, particularly in the Gulf of the Carpentaria region, will want to get their hands on Jenny Old’s autobiographic story McAllister.

McAllister was the name of the property near Normanton she and her husband Rick Old established in the late 1960s and built from scratch over 18 hard but rewarding years.

Jenny was a trained nurse from New South Wales whose head was turned by Rick who was an overseer on a local property and they hooked up at a B&S ball.

After Jenny spent a year travelling in Europe she came back to find Rick had taken a partnership on a Gulf property named McAllister and Jenny took the enormous gamble to leave the security of friends and family in the southern Riverina and come up north and join him.

The Olds started with nothing other than a bare patch of land and an idea to make something out of it.

They lived in a shed isolated from the world while they built their home brick by brick. There were no telephones, an old small kerosene fridge and hot water came from a “donkey”, a fire lit under a drum of water.

There was, however, plenty of cattle and Jenny found she was expected to learn quickly and play a big role when it came to being a ringer.

The Olds slowly developed their beef enterprise all the while bringing up two boys.

Then when the beef market crashed they went into partnership with other local families to build the Burke and Wills Roadhouse.

In the end it was the need to be near their boys’ boarding schools in Toowoomba that brought an end to their adventure but it is clear Jenny writes of her time up north with great love.

Her writing is highly evocative and there are many amusing vignettes of life on the land and the many hundreds of visitors they had over the years. It is a journey of self-discovery meticulously put together using letters from the era Jenny sent to hers and Rick’s parents.

You can pick up a copy at Outback at Isa, Harrison’s Book Country, Mount Isa and John Flynn Place, Cloncurry or at www.jennyold.com/

The story Jenny Old’s McAllister is a fine read first appeared on The North West Star.