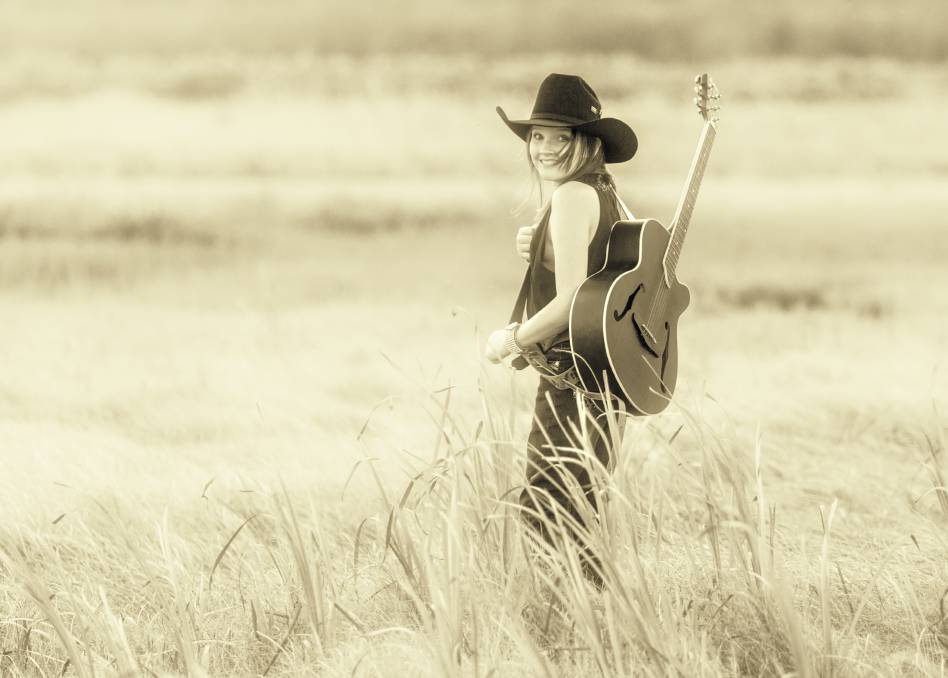 Diagnosed with a rare and incurable form of cancer Burdekin musician Keely Johnson hasn’t grown since she was 10-years-old, but rather than give up, her diagnosis and ongoing battle has made her determined to help others.

Inspirational Burdekin teenager Keely Johnson is bottling her musical passion into her debut solo single, an ode to the man who has inspired her throughout the bad times, Lee Kernaghan, titled “The Man In The Hat”.

Inspirational Burdekin teenager Keely Johnson has already earned a name for herself through her Country chart-topping duet with Lee Kernaghan “Turn This To Gold” to her enduring charity work.

The multi-talented humanitarian is bottling her passion into her debut solo single, an ode to the man who has inspired her throughout the bad times, Lee Kernaghan, titled “The Man In The Hat”.

The single will not only pay homage to her musical hero, but also go further to help her achieve her goal of helping out children struggling with cancer.

Diagnosed with a rare and incurable form of cancer herself, the now 17-year-old hasn’t grown since she was 10-years-old, but rather than give up, her diagnosis and ongoing battle has made Ms Johnson even more determined to help others.

Forming the charity the Golden Octopus Foundation, she now plans to raise $1 million in funds by the end of 2016 and her musical offering is just the beginning.

Releasing “The Man In The Hat” is something that Keely hopes can show other children and adults who are doing it tough that anything can be achieved if you keep trying.

Additionally, she hopes it shines awareness on the important work she is doing for her foundation.

“This song is my pride and joy because it is written about a truly wonderful person that helps so many people,” she said.

“It was my way of saying thank you to him for helping me and I would love the world to hear it. I was undergoing 12-months of chemo in Brisbane when I wrote the song. I wrote the lines of his life story down and mum helped me rhyme it a bit.

“When I took it to my producer, Brendan Radford, he added a few lines and put the music to it. Brendan knows Lee very well so he could tell me a few secrets.

“Some days I was pretty crook and tired, but I needed to get it done before we left to come home so that we didn’t need to find the airfares to get back to Brendan and record it.”

Keely and Lee Kernaghan have a long friendship, one that has seen the philanthropist join him on stage at the Tamworth Country Music Festival.

“Lee Kernaghan has been my hero for my whole life. Not just because of his music, but I also used to hear about all the people he has helped.

“We became best friends after I met him through Make A Wish and we sang “Turn This To Gold” together, and I couldn’t think of a better role model or an ambassador for my charity.”

“Our foundations main objective is to upgrade paediatric oncology services in regional hospitals and implement childhood cancer nurses across Australia so kids don’t have to travel so far away from their homes for treatment and check-ups.

“I plan to work from one regional hospital to another upgrading facilities, so kids can be seen at a closer hospital to their home.

“Kids need that, and the parents need it more, as they are going through the worst time of their lives and don’t need added stress of renting, or staying at small accommodation away from everyone else.”

For more information on the Golden Octopus Foundation and to donate, visit www.goldenoctopusfoundation.org.au