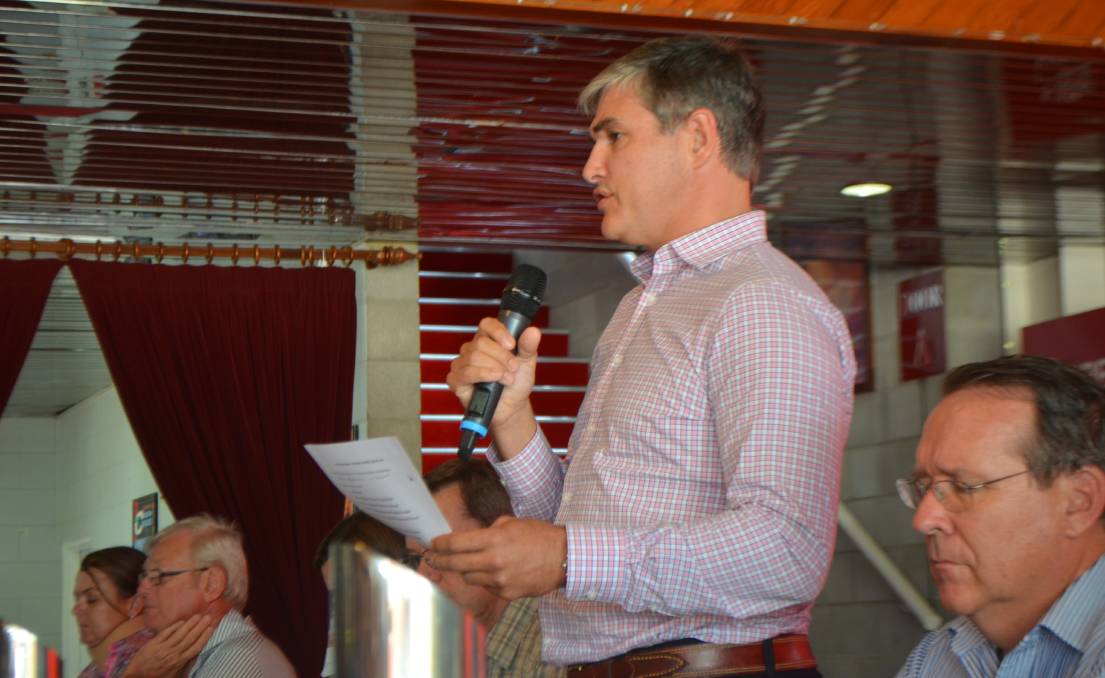 The mood was tense when the Rural Debt and Drought Taskforce held the last of their open floor meetings in the north at Ayr yesterday where they met with close to 40 primary producers.

The mood was tense when the Rural Debt and Drought Taskforce held the last of their open floor meetings in the north at Ayr yesterday where they met with close to 40 primary producers.

Since early December the taskforce has been holding meetings across the state listening to the views and reading the submissions of farmers and narrowing their focus down to the problems effecting a number of industries so that they can propose realistic avenues of change when the taskforce meets with state government at the end of the tour.

Taskforce chairman Rob Katter said financial problems rural people are dealing with and how they might be fixed are key to what the taskforce is seeking insight into, in particular debt and financial situations that those in drought declared regions of the state are dealing with.

"I stipulated a 60 day reporting deadline to ensure we get real outcomes quickly,” Mr Katter said.

“There are no simple solutions for the problems farmers are dealing with, and the debt versus farm profitability graphs are not a pretty sight to see,” he said.

“We have to find practical solutions to these problems.” 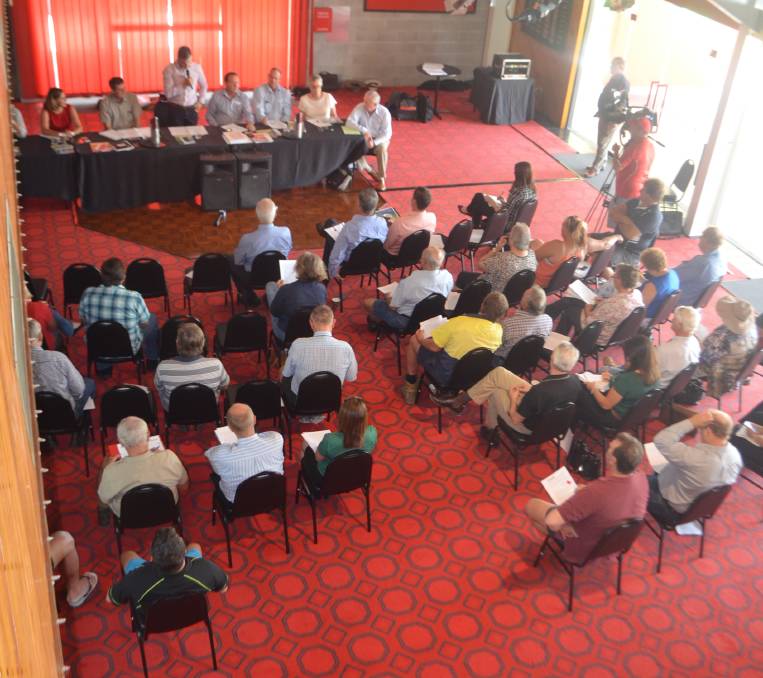 +11
During a meeting held in Ayr yesterday the Rural Debt and Drought Taskforce sought insight into financial problems that those in in the region are dealing with.

The formation of a reconstruction board is at the top of the heap of what primary producers would like to see established with Burdekin-based cane grower Max Menzel saying it’s installation is of paramount importance for the survival of primary producers in the state.

“You need to get rid of the red tape, the government and banking rules and regulations that have been brought in are ridiculous,” Mr Menzel said.

“It’s in governments lap to right these wrongs,” he said.

Small business owner and grazier James Jack would like to see the documents required to successfully apply for the drought assistance package be revised and simplified.

“The package is to hard to access, you just end up giving up because it’s so convoluted and time-consuming to fill out,” Mr Jack said.

On the same theme Burdekin grazier Chris Hyden said according to information she’d received 73 per cent of people couldn’t fill out the recovery package forms after Cyclone Yasi.

“The requirements of the forms we need to fill out, assumes an education level most people don’t have,” Ms Hyden said.

“The language used in the forms needs to be made easier for the the average person to follow,” she said.

Canegrowers Burdekin representative Deborah Burden said one thing that government can do to assist in making the regions cane industry profitable is to reduce electricity costs.

“The electricity price increases were organised by government and they have the capability to change those reduce that cost today if they wanted to,” Ms Burden said.

“Decreasing the cost of electricity would give farmers a chance to get through the drought and make a return to profitability,” she said.

Grazier Sally Witherspoon said the formation of a rural reconstruction bank that will offer farmers a 15 to 20 year loan is imperative for the industries short and long-term survival.

“The behavior of banks and receivers farmers currently have to deal with has been disgusting, their behavior is in dire need of investigation at present, they aren’t being kept in check,” Ms Witherspoon said.

Another farmer in attendance said receivers around the state are enlisting the assistance of local and state police to intimidate farmers.

Losing the next generation of farmers was also a topic of great concern for those assembled at the meeting.

Margaret Menzel said all her son ever wanted to be was a farmer but he now wants nothing to do with the industry.

“We’re losing the next generation of farming expertise due to the current mistreatment of those within the primary industries,” Ms Menzel said.

This situation was further addressed by Burdekin harvester and grower Gerard Tuffin.

Mr Tuffin has been working in the cane industry since he was 17 years and said the the cost of production is causing almost non-existent profit margins at present.

“No one with the means would buy a cane farm right now, their is simply no return on investment,” he said.

“At present if you want to do the future generations a disservice tell them to get into farming.”

Mr Katter said the exodus of future farmers is a huge issue that could place the future of the Queensland agricultural industry in jeopardy.

“The average age of a farmer has increased from 60 to 64 according to recent ABARES figures, which is something that needs to be turned around quickly.”

“I hope the information that the taskforce has been provided with at the meetings will create change after you meet with government,” Mr Knuth said.

“This $14b industry is going down the chute due to cost of production, difficulties in accessing the drought subsidy package and the natural disasters that have set farmers back,” he said.

“We need a reconstruction board established to give farmers a fighting chance of survival. It worked in the past and it will work again.”

The cross party taskforce has been on a whirlwind tour of the state which commenced in Normanton on December 9 and was followed by visits to Hughenden; Winton; Barcaldine; Charleville; St George; Mareeba; Innisfail; Ingham and Ayr.

The final leg of the tour will see the taskforce head to Dalby, Gympie and Bundaberg before finishing up in Brisbane on January 29.

During the final meeting in Brisbane Mr Katter said the taskforce will be engaging with banks and insurance agents to discuss their findings at the meetings.