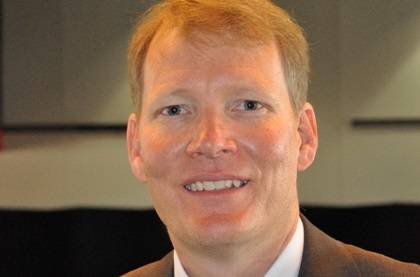 THERE is room for compromise in the application of conservation farming principles in Australia’s unique cropping environments, according to CSIRO farming systems agronomist John Kirkegaard, Canberra.

THERE is room for compromise in the application of conservation farming principles in Australia’s unique cropping environments, according to CSIRO farming systems agronomist John Kirkegaard, Canberra.

Addressing more than 500 scientists, policy makers and farmers at the 5th World Congress on Conservation Agriculture in Brisbane this week, Dr Kirkegaard challenged the concept of a rigid, purist approach to no-till farming.

He said in Australia’s “risky” dryland farming systems the adoption of conservation farming practices must be pragmatic rather than prescriptive.

“While everybody is striving to uphold the principles of no-till farming, at times it might make good sense to do some cultivation or to remove some stubble,” he said.

“Some of the reasons people might do a strategic cultivation is to get lime into the soil, deal with disease issues like rhizoctonia or control weeds in a herbicide resistance situation.”

Dr Kirkegaard said while stepping outside the zero-till “ideal” might sometimes be necessary, it shouldn’t be taken lightly.

“When you compromise principles you need to do it in a calculated and strategic way so you get as much of the benefit without the negatives,” he said.

“For example, with the principle of retaining residues if you have 10 tonnes of straw to deal with and your machinery can’t handle it it makes far more sense to reduce that to three tonnes and still get all the benefits of soil protection and water conservation without having machinery blockages and possibly a poor crop.

“It wouldn’t make sense to try to drive your system in the wrong direction by trying to uphold principles that can be modified.”

Dr Kirkegaard also told the international audience that in dry farming environments like Australia producers needed to temper their expectations about the rate of soil improvement from conservation farming compared to wetter regions.

“In Australia with 400 millimetres of rain a year if you are lucky, one wheat crop a year and regular droughts, our capacity to change the soil quickly is much less,” he said.

“We shouldn’t expect to be able to achieve heroic levels of soil carbon increase and rapid changes in structure. It will be slow and soil specific.”

“There is no doubt that with excessive cultivation and burning of residues we were losing the carbon we could potentially hang onto in the system,” he said.

“What has been surprising has been that in long term field experiments where we would expect to build carbon rapidly under no-till, when you measure it it is far slower than we thought.”

He said the limited build-up of carbon might be linked to a lack of critical nutrients throughout the year.

“A new realisation is that soil carbon is really soil organic matter which has other nutrients like nitrogen, phosphorus and sulphur stabilising it,” he said.

“It is like the bricks in a wall being the carbon and the mortar being the nitrogen, phosphorus and sulphur. If you don’t have the mortar to hold the bricks together the wall will fall over.

“I think we have become so efficient at applying nutrients just when the crop needs it it might be one reason we are not building carbon more quickly.”