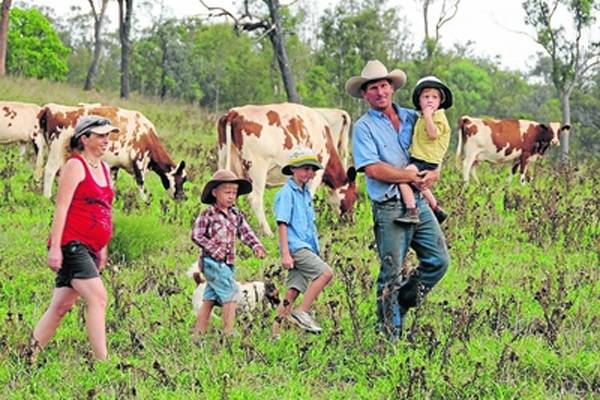 DAIRY producers in the Monto region had no choice in the recent floods but to empty milk vats, and watch thousands of litres of milk, hard work and profits simply wash away.

DAIRY producers in the Monto region had no choice in the recent floods but to empty milk vats, and watch thousands of litres of milk, hard work and profits simply wash away.

After floods cut off milk tanker access, he was forced to dump 3000 litres of milk.

"The first lot of milk we let out was on Australia Day itself, and the second lot was the following Monday afternoon," Ms Goody said.

"Up until then, that had been four days worth, or eight milkings. Milk can be kept in the vat for up to three days, or six milkings, if the vat is big enough."

Mr Pailthorpe's parents, Ross and Barb, bought the dairy in 1980, and had never seen flood waters so high. Neither had they let milk out before.

Ms Goody said they were lucky to still be able to milk due to generators.

"There are plenty of other people who have been affected, and some of those have had to miss milkings," she said.

"We feel for the ones that have lost cattle and their dairies. At least we still have our homes, family, dairy and all our animals."

Leesa Ison and partner Alan Little, and parents Max and Sue Ison, were forced to let out 13,000 litres from their Black and Gold Dairy, 28km south of Monto.

They milk 130 cows, and Ms Ison said the only thing they can do is to try and keep going.

"The hard thing is we weren't even over the last floods, and then we get this," Ms Ison said.

"The big issue for us though is tying to feed our cows. So many of the farms we buy hay and silage from have been affected, and it's going to be a long time before we can buy feed off them."