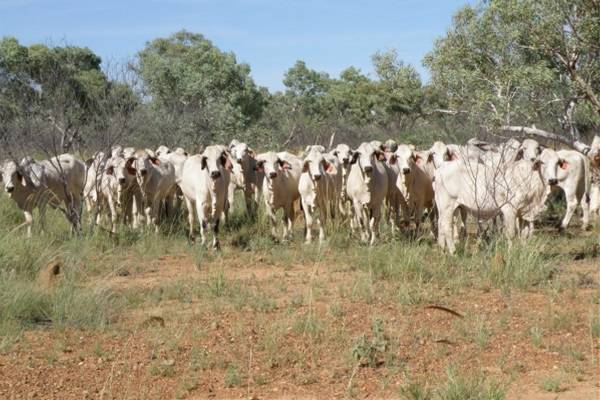 "What grassfed producers of Australia desperately need is one democratically elected body with total control of all monies collected through the levy."

THE value of Meat and Livestock Australia (MLA) and its peak councils, and where control of these orgnisations lie has come under fire.

A SENATE Inquiry into the collection and disbursement of grass-fed cattle levies has sparked debate over not only the value of Meat and Livestock Australia (MLA) and its peak councils, but also where control of these organisations lie.

Thirteen submissions have been made since the inquiry opened on December 12, 2013, of which more than two-thirds question how MLA is governed, with accusations the industry body is not democratic and is controlled by meat processors.

Producer John Andison is one of the thirteen people who have made a submission in the national Senate Inquiry. He said there is absolutely no valid reason why the Australian beef industry needs two organisations to handle policy formation and service delivery.

“What grass fed producers of Australia desperately need is one democratically elected body with total control of all monies collected through the $5 per head transaction levy,” Mr Andison said.

“MLA is not a democratically elected body. It is a virtual closed shop,” he said.

Mr Andison went on to say the Cattle Council of Australia (CCA) – the peak council body under MLA – is “not representative of the grass fed levy paying producers of Australia.”

JB Carpenter is a cattle producer from the NSW northern tablelands. He agreed with Mr Andison and wrote that cattle producers “receive no benefit from MLA whatsoever” and that governments are attracted to MLA as “it moves staff and expense off the balance sheet and raises funds via an unfair tax on cattle producers.”

“It also gives governments someone to blame for disaster like the 2011 live export debacle. There is thus some political inertia to change,” Mr Carpenter wrote.

A submission from Wayne and Sandra Birchmore said they are sixth generational graziers, operating four beef producing properties in Northern and Western Queensland and believed the current system wasn’t working.

In their submission, they blamed MLA’s compulsory levy as well as MSA, NLIS, and PCAS all with dropping the farm gate price.

“We are having systems imposed on us with considerable expenses and no increase to farmgate prices,” they wrote.

“The beef industry is too top heavy with so many representative groups.

“Producers leaving State farming organisations in droves show that there is no value for money in joining and no real representation of the grass roots producer.

“If these organisations were being paid on performance, they would no longer exist.”

Grass-fed cattle producer James Ramsay submitted that he believed the $5 per head levy on all cattle transactions was “unfair.”

Mr Ramsay said the levy “does not reflect the profit that is made at any stage of the production process” and believed the livestock industry should separate itself entirely from the meat processing industry.

“I contend that meat is a different commodity to livestock; that when livestock are converted into meat, the livestock producer has no further interest in its marketing,” Mr Ramsay wrote.

Don, Cathy and Scott Bates, Winnathoola Pastoral Company, made a joint submission. They suggested independent organisations be established to represent producers, processors and retailers separately, and that each should be responsible for the collection of their own levies and managing their own members’ interests.

“I am sure the MLA would acknowledge that it is not sensible, nor professional for one organisation to act for three competing interests in our industry,” they wrote.

Yet, he said there was a need for close collaboration between the producer, processors, and retailers because any revenue generated starts with the consumer, whether that is a domestic consumer or an international one.

“That’s why we have been investing in programs like MSA; to help in increasing the customers that purchase beef, but also to improve the eating quality.

“In the last financial year, MSA premiums were extracted from customers, and that premium, in turn, found its way back to the grids for MSA cattle.”

Mr Hansen said it was clear that there was a disparity between the price retailers and processors were receiving compared with what producers were pocketing. He attributed this disparity to the current dry conditions.

“Last year, we had overseas customers pay record prices while Australian producers had to offload a lot of cattle into an already saturated marketplace, which is why we have seen such a disparity in 2013.

“However, we released our cattle projections for the year two weeks ago and they said that once decent rain falls, it will reintroduce competition, re-stockers and traders, and we will see a lift in cattle prices.

“Seasonal conditions will vary dramatically between years as will the amount producers use in the procurement of livestock, but at the end of the day, it is pointless producing a product if you don’t have a customer to buy that product.”

Mr Hansen said MLA’s previous investments, including liberalising the Japanese market and MSA, would stand as good reasons to maintain the organisation’s longevity.

“We welcome the opportunity for our levy-paying producers to have their say. It comes at a critical time in the industry, when a lot of people are suffering the effects of poor seasons and low prices.

“MLA will be guided by the changes that come out of not only the submissions, but also its findings and the government response to that.”

Submissions into the Inquiry close on Saturday March 1, 2014. To make a submission, visit Senate Inquiry Home.